Aren’t the Holidays grand…they are a time for fun, festivals, and family, and also one of the best times to catch a good movie.  As everyone rushes for Oscar nominations, this season gives us a plethura of good and better movie choices than much of the year.  I saw one such choice, though its release had my attention during the 50th Annual New York Film Festival (NYFF) where it was one of the feature films of the festival.

I knew then I wanted to see it, and I am glad I did…Life of Pi.

It can be hard to replicate a fantastical book into a movie, especially one with animal effects and a real human being stranded at sea.  But this book was done right, because Life of Pi the movie made you feel like Pi, made you understand his plight, and made you remember how good the book was. That is what makes a good book-to-movie combo, similar to the recent Hunger Games episode.  This is what I would call a soft movie, meaning my dad (who hates violence and unnecessary mean-ness) would like it, and it’s appropriate for many age ranges.

When I walked out of Life of Pi, I felt it was good, but as I lay in bed later, I felt it – I was moved.  It is a hard feeling to explain, so I will leave it at that, but its definitely a great flick to check out this holiday season or beyond! 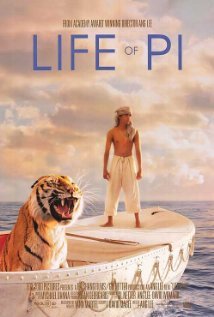